Removal of Windows Foolproof Protector might be performed in two ways: manually or automatically. Manual removal of a rogue is not for every Windows user as it is a tricky process which needs to be done very thoroughly and any errors are unforgivable because they may renew the same or different infections. In order to avoid any misunderstanding and damage caused, we recommend using a registered antispyware tool which will detect and delete Windows Foolproof Protector from the system.

In order to protect itself from the automatic removal Windows Foolproof Protector almost instantly blocks Internet connection. Usually, when you try to open your Internet browser, you are presented with the following messages claiming that accessing the Internet is not safe, and the browser has to be closed, because it is infected with malware:

Naturally, there is not a drop of truth in these accusations, and Windows Foolproof Protector does everything venally. Even if you are well-versed in computers and can take care of your system, Windows Foolproof Protector makes sure that you would not be able to do that as well. The rogue renders automatic removal virtually impossible by blocking Registry Editor and Windows Task Manager.

It would seem that the fastest way to get your system tools back would be paying for the full version of Windows Foolproof Protector, but we have already established, that this is not an option. Your can, however, "register" the rogue with this activation key:

It will serve like an actual license and all the programs and tools previously blocked by Windows Foolproof Protector will come back. Nevertheless, this improvement is only temporary, and while the rogue is still dormant you have to get yourself a powerful computer security program that will erase Windows Foolproof Protector for you automatically, if you cannot perform a manual removal.

Download Remover for Windows Foolproof Protector *
*SpyHunter scanner, published on this site, is intended to be used only as a detection tool. To use the removal functionality, you will need to purchase the full version of SpyHunter. 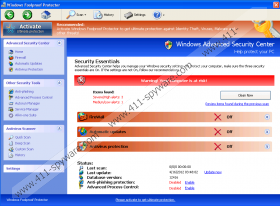 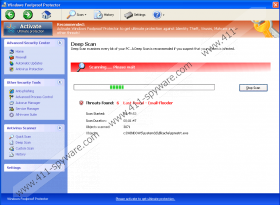 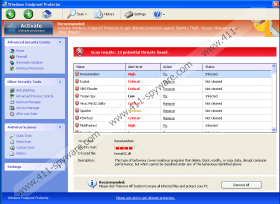