Error
Software without a digital signature detected.
Your system files are at risk. We strongly advise you to activate your protection.

These fake security messages are displayed when Windows Attacks Preventor tries to push you into purchasing the license or buying the full version of the program. The reason why the rogue wants you to do so is money. Rogues like Windows Attacks Preventor are designed to look and behave like real antivirus programs with intention so rob unsuspecting users, making them believe they are acquiring a powerful security tool for their infected computer, while, unfortunately, everything is quite the opposite.

Windows Attacks Preventor slows down your computer and blocks your executables blaming that on infections that do not exist. It imitates the symptoms of the infections that are supposedly there, but you should not be swayed by that – the rogue only weaves despicable lies, and were you to believe that, you would be robbed to the very last cent with your computer absolutely ruined. That is so, because even if you do pay for Windows Attacks Prevetor, the rogue will remain in your system, and the erratic computer behavior will manifest itself once again after some time.

Download Remover for Windows Attacks Preventor *
*SpyHunter scanner, published on this site, is intended to be used only as a detection tool. To use the removal functionality, you will need to purchase the full version of SpyHunter. 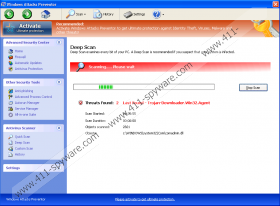 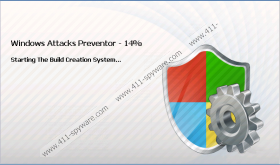