PANDAViewer is an application which can be downloaded from pandaviewer.com. If you are looking for an image viewer but have not installed PANDAViewer yet, we recommend leaving it as it is. It is because this application cannot be called fully reliable software for viewing images although it is promoted as a fast, stable, and easy-to-use image viewer. Just like Picexa, which is also promoted as an image viewer but, in reality, it is a potentially unwanted program, PANDAViewer has some useful features, for example, it allows users to save images, delete them, print them, find their locations on their computers, and, finally, set them as Desktop backgrounds with the click of the button. In fact, users do not need to have this program installed on their PCs to perform these activities, e.g. set an image as Desktop wallpaper, but this, frankly speaking, is not the only reason PANDAViewer has received a label “potentially unwanted program”, or PUP. The next paragraph will tell you more about this application.

As we have already told you in the first paragraph, PANDAViewer works as an image viewer, but the features it has are very primitive, so there is no point in keeping it installed just to be able to set an image as Desktop wallpaper or print it, especially when PANDAViewer is not such a decent application. Specialists at 411-spyware.com say that it does not act as a malicious application, but the fact that it promotes a browser hijacker immediately makes it an untrustworthy program. To be more specific, Search.pandaviewer.com comes together with this image viewer and hijacks users’ Google Chrome browsers if the “Set search.pandaviewer.com as your homepage in Chrome” box is not unchecked. Users usually find their preferred homepages gone and a new page set instead after installing this program. It is one of the main drawbacks of PANDAViewer, but it is not the only one, unfortunately.

Researchers say that PANDAViewer not only promotes a browser hijacker and is quite useless if compared to other image viewers. They have found that it might also record information about users. Although it promises not to record personally-identifiable information and collect only “some basic information”, it has been revealed that it is going to collect a handful of significant details, for example, IP address, Internet Service Provider (ISP), operating system, browser type, users’ clicks, etc. It is not extremely important information, of course, but it might still tell much about users, so you should not let a potentially unwanted program record this information.

Users usually download this image viewer from pandaviewer.com, but it might also sneak onto the computer bundled with third-party software. Also, you could have downloaded it from a third-party website or by clicking on some kind of advertisement promoting it once. In any event, it acts the same, i.e. it sets itself as a default image viewer without permission, which means that it will open all images for you. We can assure you that it is not the only potentially unwanted program that exists, so it would be very smart of you to install a security application on the system. Do not forget to update it periodically, and keep it active 24/7/365.

PANDAViewer, just like other potentially unwanted programs, has an uninstaller, i.e. it is possible to erase it through Control Panel, but, unfortunately, its uninstaller only removes some of its files. In other words, it leaves a bunch of leftovers which users have to take care of themselves. First of all, its folder with files should be erased and then modifications undone in the system registry. We highly recommend following our step-by-step manual removal guide if you need some help with the deletion of leftovers. Keep in mind that it is not the only method to get rid of them. You can let an automatic tool to remove them all for you in an automatic way too. Needless to say, it would be a quicker process.

Download Remover for PANDAViewer *
*SpyHunter scanner, published on this site, is intended to be used only as a detection tool. To use the removal functionality, you will need to purchase the full version of SpyHunter. 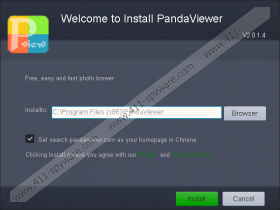 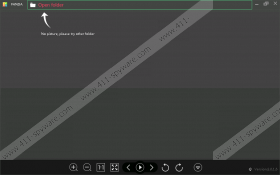