Octopus Trojan is a malicious application that can enter the system without the user’s knowledge. Once the device is infected the malware’s creators gain access to it, which means they might be able to spy on the user, install more threats, and so on. However, what you ought to know about this infection is it is currently being targeted at Central Asian diplomatic institutions, which means it is highly doubtful a regular computer user could encounter it. Nonetheless, if you are interested in learning more about Octopus Trojan, we invite you to read our full report. At the end of the article, we will also show how to eliminate the malicious application manually, although if the user is less experienced, it might be easier to scan the computer with a chosen security tool and let it deal with the malware.

Octopus Trojan spreads by pretending to be an alternative version of Telegram messenger. Apparently, targeted victims get fake messages saying the mentioned messaging application is soon to be banned in their region and suggesting the alternative. Unfortunately, if the user takes the bait and launches the proposed program’s installer, the system gets infected. This tactic shows how careful users have to be while surfing the Internet. Fake news, malicious software installers, infected email attachments, and other harmful content might be encountered at any time. Therefore, users who wish to protect their computers have to be able to identify potential threats and take extra precautions that could save the system in case they fail, for example, employ a reliable security tool. As for avoiding malicious content, users should stay away from unreliable file-sharing websites, content promoted on suspicious advertisements, or email attachments received from unknown senders, with Spam, etc.

What happens when Octopus Trojan enters the system? At first, the malicious application needs to settle in which it does by creating files titled CsvHelper.dll, settings.json, Telegram Messenger.exe, and TelegramApi.dll in the fake messaging application’s folder. Moreover, the malware might also create a file titled .profiles.ini in the %APPDATA% directory and an executable file called Java.exe in the %APPDATA%\Microsoft\Windows\Start Menu\Programs\Startup folder. According to our specialists, the mentioned executable file is what allows hackers to access the infected device. We cannot know for sure what the Octopus Trojan’s developers might do once they gain control of the computer, but we can tell it is possible they could delete, copy, or download files located on the device, which means they might be able to spy on the user or steal his sensitive data. Needless to say, to prevent it the malicious application must be removed as fast as possible. Ideally, right after being detected.

As we mentioned earlier, it is possible to remove Octopus Trojan manually, although the task may not appear easy for inexperienced users. It would require finding and erasing the malware’s created data. Nevertheless, if you ever encounter this threat and think you can manage the task, you could follow the instructions provided below as they can guide you through the process. For those who find the process a bit too complicated, we would recommend downloading a reliable antimalware tool instead.

Get rid of Octopus Trojan

Download Remover for Octopus Trojan *
*SpyHunter scanner, published on this site, is intended to be used only as a detection tool. To use the removal functionality, you will need to purchase the full version of SpyHunter. 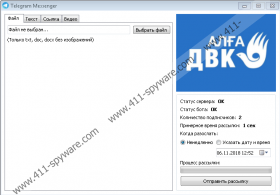 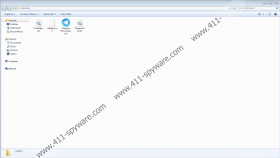