We have classified MaxDownload as a potentially unwanted program, because it is not a torrent downloader as it would like us to believe. You ought to remove this application, because it will not do you any good. It is not malicious in nature. The worst that it can do is that it might use up valuable system recourses that could be put to better use. It is obvious that MaxDownload has nothing to offer, but let us take a closer look at this application in order to determine what it actually is, how it is distributed and, most importantly, how you can remove it.

MaxDownload is promoted as a torrent download manager. It has been created by a mysterious, most likely Russian, software developer. This program is promoted on and can be downloaded from its website at Maxdownloader.com. However, the sample that we received came bundled with an executable program that looked like a torrent file. We are not aware of any western freeware distributing websites that feature this application. It can be found in the English language as well. However, its website is only in Russian.

As mentioned, MaxDownload does not really do anything. It is a misleading application, because it is not capable of downloading torrents. The reason why the developers made this non-functional application is unknown. It is made to look like a simple torrent client. In fact, it is too simple. It is so simple to the point that it becomes suspicious. Perhaps that’s what its developers where aiming for. Novice users tend to go for the simplest applications that do not require much familiarization time, but that is unacceptable, because a good, competitive torrent client program must feature advanced settings for people to play around with in order to get the best performance.

MaxDownload’s user interface looks very shabby. It is not minimalistic; it is lacking something. It has a built-in search engine, but it does not find anything, and if it did, where does it take its search results from? The program features no indications of the torrent tracker that it gets its torrents from. Some antimalware applications detect MaxDownload as a Trojan, but they are definitely mistaken, because this application does not work like a Trojan would.

Surely MaxDownload has to make money somehow, because that’s the whole point of a misleading application. However, we did not observe any such behavior. This program does not display any commercial advertisements, which leads us to believe that it is not malicious. However, due to the fact that MaxDownload is absolutely useless, we recommend that you remove it from your computer as soon as the opportunity arises.

Having an application such as this installed on your computer is a real waste of computing power. MaxDownload can impact your computer’s RAM, hard drive, and processor. It will not impact them by much, but, if you have a slow computer, then every byte counts. So please refer to our removal guide and get rid of this application as soon as you are ready to do so.

How to Uninstall MaxDownload from your computer

Download Remover for MaxDownload *
*SpyHunter scanner, published on this site, is intended to be used only as a detection tool. To use the removal functionality, you will need to purchase the full version of SpyHunter. 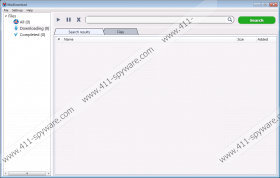