Istreamer is a browser add-on that does not have an official downloader. It appears that this adware is usually spread by unfamiliar software distributors, some of which could be untrustworthy. Once installed into %ALLUSERSPROFILE%, this program uses "istreamer.exe" – a process that runs in the background – to communicate with adware servers and inject ads. Fortunately, users should have no trouble identifying these ads as they are likely to appear with such tags as “Powered by Istreamer” and “Ads by Istreamer.” Even though most of the advertisements presented by this program might be attractive, we strongly recommend ignoring them. In fact, the only thing we can recommend is deleting Istreamer.

Because Istreamer is spread by unfamiliar parties, it is possible that it will be spread bundled with other programs that might require removal as well. Do you think that the programs installed with Istreamer are trustworthy? Even though they might be presented as trustworthy programs, we advise inspecting them with a reliable malware scanner to learn if they are dangerous and so require removal. If you do not do that, you might miss the opportunity to identify and delete malicious programs before they cause any harm. Our research team indicates that it would not be surprising to find that Istreamer comes bundled with silent installers, which means that some of the programs could slither in without your notice. Of course, if you run a legitimate scanner, such as SpyHunter, you will be in the know about which programs are harmless and which ones require immediate removal.

Even though Istreamer might come bundled with other ad-supported programs, it is unlikely that it will come bundled with DoReMe, FlashBeat, or LolliKey. All of these ad-supported programs are identical, so it is possible that they were created by the same party. As you must understand, the fact that there are other copies of Istreamer suggests that these programs were designed to make a profit, not to serve their users. The more ad-supported programs there are, the more ads are presented to users, which can lead to generating greater profit. Istreamer and its clones are likely to be based on a pay-per-click system, which means that the developers of this adware will earn money every time you click on an advertisement. The problem with this is that unreliable advertisers might use the greed of the creators of adware to push corrupted, misleading, and unreliable offers.

Since Istreamer does not offer beneficial services, there should be nothing stopping you from removing this advertisement-supported program from your operating system. Fortunately, the removal of Istreamer is not that difficult, and, in most cases, users get away with using a simple manual removal guide. Of course, after you delete Istreamer, you should install a security tool to ensure that unreliable ad-supported programs cannot enter your operating system in the future. In addition, this tool can help you delete leftover infections and unreliable programs, which is essential if you want to run your operating system risk-free.

Download Remover for Istreamer *
*SpyHunter scanner, published on this site, is intended to be used only as a detection tool. To use the removal functionality, you will need to purchase the full version of SpyHunter. 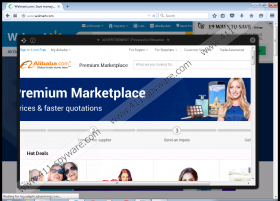 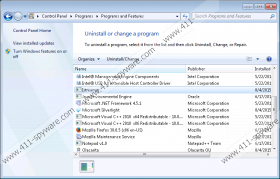 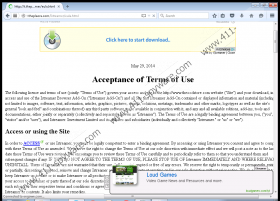