GoSaveNow is a browser add-on that displays coupons, web banners, pop-ups, and other advertisements to save your time and money. The program is compatible with Internet Explorer, Google Chrome, and Mozilla Firefox, and you can find this program at gosavenow.info. The program is capable of randomizing its name, which means that instead of GoSaveNow you may find some other variations with additional letters. GoSaveNow only seems to be useful; however, some of its advertisements are aimed at deceiving you, and we recommend that you remove GoSaveNow from the computer as soon as you can. The very program is not malicious; however, when employed by cyber criminals, it can cause a lot of damage.

GoSaveNow does not endorse, monitor and approve those websites that are advertised, which means that you use the program at your own risk. When analyzing the program, we have found that GoSaveNow displays deceptive advertisements that are displayed by many other advertising-supported browser add-ons. GoSaveNow pop-ups may inform you that you have just won some prize and, hence, have to fill out some form or that you should update your Flash player. If you want to update some program, you should download updates from the official website in order to prevent malware and other unwanted consequences.

This adware program may also monitor your online behavior. The privacy policy of the program does not specify what information is collected by the program. GoSaveNow records your name and email address if you make a purchase, subscribe to a service, etc. However, when you make a purchase, GoSaveNow records your credit card number but does not store it in any database.

In order to prevent insecure advertisements, you should remove GoSaveNow from the computer as soon as you can. Below you will find our step-by-step instructions that will help you uninstall GoSaveNow. You should pay close attention to the uninstall process because the uninstaller provides you with a dialog box, and if you click the Yes button, new adware programs are installed. If you want to have GoSaveNow removed for you, install a reputable anti-malware program. Your computer needs protection against malware and spyware, so do not hesitate to install a reputable security program.

After removing GoSaveNow, you should install a reliable scanner. It is worth scanning the system especially if you suspect that some other unreliable programs may be present on the computer.

Download Remover for GoSaveNow *
*SpyHunter scanner, published on this site, is intended to be used only as a detection tool. To use the removal functionality, you will need to purchase the full version of SpyHunter. 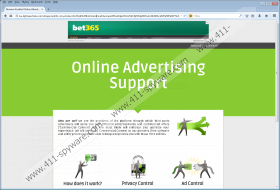 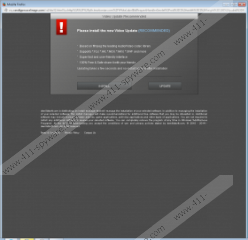