eFast is a potentially unwanted application that might arrive at your computer in a software bundle. The bundled software is usually available at various third-party websites that distribute freeware. Whenever you are about to download some application from such a site, you need to keep in mind that you might be installing several other applications (like eFast) as well. While such programs are not direct computer security threats, it is still recommended that you remove eFast for good. It is definitely a tedious task to locate all the unwanted applications and delete them one by one. Therefore, employ an automated spyware removal tool to help you with it.

As mentioned, eFast usually gets distributed in software packages because we have not come across the official website for this application. However, the setup file might also reach your computer when you click a random pop-up on an adware-related website, or when you initiate a freeware download accidentally while going through third-party links. This calls for caution, especially when you find yourself in an unfamiliar part of the Internet. If you open a page that is full of pop-up ads, flash advertisements, and other promotional material that makes your eyes turn, it is very likely that you could end up installing the likes of eFast on your computer.

This web browser is based on the Chromium engine, and that is why it looks very much like the Google Chrome. However, do not be tricked by the likeness. There have been many other web browsers out there that made use of this feature to fool the unsuspecting users into utilizing them. For example, the same tactics have been used by Mustang Browser, MyBrowser, CrossBrowser, and a number of other unreliable applications. The point is that all these web browsers do their job quite well, and you can sure browse the web with them. However, eFast and other similar programs support third-party advertising, so be sure to encounter a lot of commercial ads when you surf the net with these apps.

Luckily, eFast modifications do not affect other browsers, although the application does all it can to block you from using the Google Chrome browser. For example, once eFast gets installed on your system, it automatically deletes Chrome shortcuts from your desktop and the quick launch bar. For some users, this might look like a proof that the browser is yet another version of Google Chrome, and they should use eFast instead. However, that would be unwise because the longer you use this potentially unwanted program, the more often you will get exposed to commercial ads that have not been screened by security apps.

The primary security concern associated with the potentially unwanted programs is that they can be easily misused by cyber criminals. eFast and similar programs do not review the third-party content they promote. Thus, albeit the program itself is not malicious, almost anyone could turn it into a dangerous malware distribution tool. Do not allow this to happen and get rid of eFast immediately.

After all, why would you want to keep a program you have not installed on your PC willingly? The truth is you do not need any evidence about security issues associated with this application. If eFast entered your PC without you knowing it, it is enough of a reason to remove it.

How to Delete eFast

Download Remover for eFast *
*SpyHunter scanner, published on this site, is intended to be used only as a detection tool. To use the removal functionality, you will need to purchase the full version of SpyHunter. 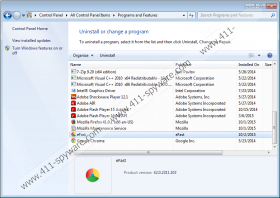 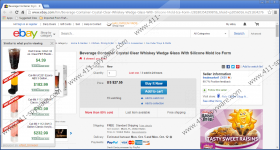 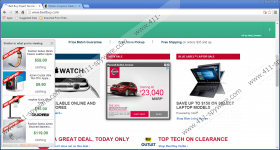