If you were to check the official website for Buzzsearch Deals at mybuzzsearch.com, you would see that the application promotes itself as browser extension that enhances your web browsing activity. However, those users who encounter third party browser extensions and add-ons would recognize the layout of the website immediately. Buzzsearch Deals comes from the same group of adware applications as BrowseFox, Lemur Leap, Xaven and other similar applications, so it is of no surprise that all of them share the same official page layout. However, despite the fact that Buzzsearch Deals has an official website, it is virtually impossible to the download the app from that page, because the server is down. If you click the Download button, a blank page opens.

Therefore, one can infer that rather than being downloaded fare and square, Buzzsearch Deals usually comes bundled with freeware and/or other potentially unwanted applications. For example, security experts say that Buzzsearch Deals is often bundled with Aartemis.com browser hijacker that modifies your browser settings without your permission. The adware application might also come with Webcake extension, but our main focus should be on the fact that Buzzsearch Deals travels with Aartemis, since it is a definite proof that one should not trust this adware app.

The main reason why you should remove Buzzsearch Deals from your computer is the pop-up advertisements displayed by this extension. Although it may displays ads that inform you about various discount deals at online shopping malls, Buzzsearch Deals does delve into a third party advertising network to provide you with such information. Hence, a malevolent third party could make use of it to embed their own malicious content into the ads. Were you to click on a corrupted pop-up ad, you might get redirected to a dangerous website that would be a part of malware distribution network.

Luckily, it is not hard to terminate Buzzsearch Deals via Control Panel. After manual removal you should consider scanning your PC with SpyHunter free scanner as this way you would be able to check whether your computer is really free of potentially dangerous files. Remove all the threats and invest in a licensed antimalware tool if need be.

If you have any further questions regarding BuzzSearch Deals removal or you computer security, do not hesitate to leave us a comment below.

Download Remover for Buzzsearch Deals *
*SpyHunter scanner, published on this site, is intended to be used only as a detection tool. To use the removal functionality, you will need to purchase the full version of SpyHunter. 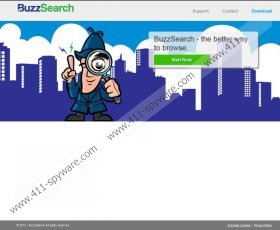