Windows Health Keeper is a rogue antispyware application that comes from a big family of rogues notorious for terrorizes computer users worldwide. Just like its predecessors, Windows Health Keeper bombards the user with fake security notifications making him think that his computer is terribly infected and then the rogue offers its services in removing the “viruses”. However, once the user tries to do that, Windows Health Keeper pops up a message saying that it is impossible to remove the threats with the trial version of the program, and the user has to buy the full version.

You should never do that, because in such case you would reveal your banking information (name, address, credit card number, credit card expiration date, CVV2 code) to a third party, and the cyber criminals who have created Windows Health Keeper will be able to access your bank account and use your data to perform various illegal operations. What is more, Windows Health Keeper can also block your programs from running and block you from accessing various websites, in order to remain in your system for a longer period of time.

As a result, your computer can become terribly slow that can end in an ultimate system crash, so you have to remove Windows Health Keeper from your system using a legitimate security tool that will also safeguard your computer against similar future attacks.

After a further analysis it has been determined that Windows Health Keeper comes from the family of rogues called Rogue.VirusDoctor. It is the same nest of fake antivirus programs that hosts such malicious applications as Windows Smart Warden, Windows Functionality Checker, Windows Protection Master and others.

Error
Keylogger activity detected. System information security is at risk.
It is recommended to activate protection and run a full system scan.

Whatever you do, do not pay for Windows Health Keeper. Keep in mind that just because you have "registered" the rogue, it does not mean you have gotten rid of it. If you don't have confidence in your computing skills, be sure to invest in a reliable computer security program that will get rid of Windows Health Keeper for you in no time, and your computer system will be safe again.

Download Remover for Windows Health Keeper *
*SpyHunter scanner, published on this site, is intended to be used only as a detection tool. To use the removal functionality, you will need to purchase the full version of SpyHunter. 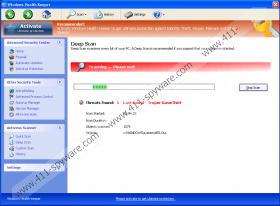 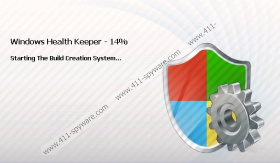 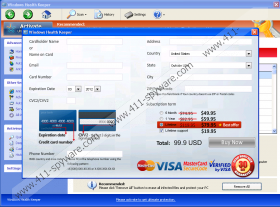