Harmful software detected
Security Defender has detected malicious software that may cause crash of your computer. Click Remove All button to remove them now.

Of course none of these fake alerts can be trusted, and users should never believe anything received from Security Defender. Symptoms reported along with the Security Defender infection range from increased erratic system behavior, poor system performance and blocked Internet connections.

Security Defender will be responsible for a lot of damage to your PC. Limit this damage and destroy Security Defender permanently with the help of a genuine and powerful security tool. This investment will also offer adequate protection against similar attacks in future.

Download Remover for Security Defender *
*SpyHunter scanner, published on this site, is intended to be used only as a detection tool. To use the removal functionality, you will need to purchase the full version of SpyHunter. 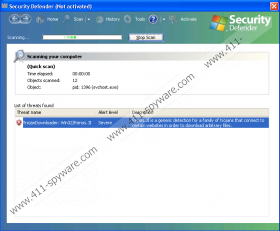 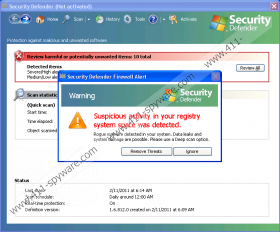 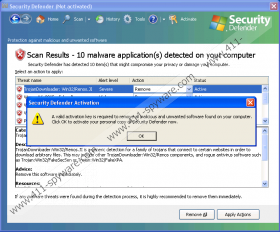