Malicious threats come and go. Sometimes they experience periods of hiatus. BlackWorm RAT is a threat that was terrorizing news websites and government agencies in the US back in 2014, but since it can be used and modified by anyone, it is impossible to say if it will never be used again or if it will be employed to strike unsuspecting users tomorrow. Of course, this infection is unlikely to be used for the attacks against individual Windows users, and it is more likely to be exploited by hacking groups who are looking towards big companies and government agencies. That being said, it is known that this malicious threat can exploit systems to perform DDoS attacks, and if that is what cybercriminals decide to do, they might end up infecting anyone just to garner more power. Ultimately, whether you are an individual user or part of a large company, if the threat is discovered, it must be removed immediately. Needless to say, deleting BlackWorm RAT is unlikely to be a straightforward task.

Back in 2014, BlackWorm RAT was used to attack Forbes, CENTCOM, and other large organizations that, of course, rely on data security. Unfortunately, if this malicious threat manages to slither in, security is not something that is on the table anymore. If the infection is executed successfully, and if it is not deleted right away by set security tools or the victim, BlackWorm RAT can drop and execute malicious files, start and terminate processes, log the user out, restart the computer, restart servers, block the mouse and keyboard, disable antivirus tools, and initiate other malicious actions. The functionality of the RAT (remote access Trojan) depends on the party controlling it, and while some parties might only use a few functionalities, others could exploit them all. Some attackers could use the Trojan to perform DDoS attacks only, while others could try to steal information, hijack the system, and stop the normal processes within the company or a government agency that is under attack. Basically, the infection can be modified and manipulated in any way, and that makes it harder to discuss and remove it.

At the time of research, GitHub – which is a popular software development platform – presented BlackWorm RAT as an open-source project. The latest version is 6.0, but it has been abandoned. What does that mean? That means that it is no longer supported by the cybercriminals who created this infection or who were in control of its malicious code last. It is most likely that that is the end of BlackWorm RAT, but, of course, we cannot guarantee this. Also, it is possible that the infection could already exist on Windows operating systems of unsuspecting users from a long time ago. By default, the launcher of this malware should exist in the %TEMP% directory, but, of course, that is something that could change too, depending on the attacker behind the infection. If you want to make sure that this is not the threat that you need to delete from your operating system, we strongly recommend installing a legitimate malware scanner to determine if dangerous malware exists.

It is hard to say whether or not removing BlackWorm RAT manually would be possible in every case. Your success depends on your own experiences and skills, how the infection was executed on your operating system, which other threats exist, and many other factors. If you are able to clear your system by deleting files from the %TEMP% directory – great, but do not automatically assume that that makes you safe. Even if you delete BlackWorm RAT successfully, new infections could attack before you can put two and two together. This is why you need to think about your virtual security as well. Luckily, you do not need to worry about this separately from the removal. All you really have to do is install a legitimate anti-malware tool, and it will quickly secure your system and automatically delete active malware components. As we mentioned already, the RAT can disable antivirus tools, and so you need to choose software that is reliable, strong, and up-to-date.

How to delete BlackWorm RAT

Download Remover for BlackWorm RAT *
*SpyHunter scanner, published on this site, is intended to be used only as a detection tool. To use the removal functionality, you will need to purchase the full version of SpyHunter. 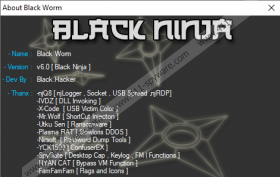 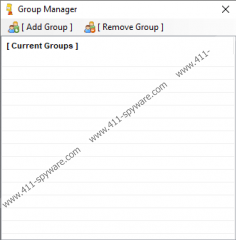 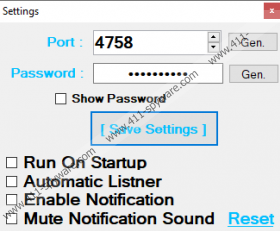