There is no doubt, 3301 Ransomware is a malicious program every user would wish to avoid. The malware is dangerous because it targets user’s personal data. By enciphering it with particular cryptosystems, the threat makes it impossible to access it. To undo the damage, the cyber criminals behind the infection are offering to provide decryption tools for a particular amount of money. Needless to say, dealing with these hackers could be a huge risk since they could try to trick you. Thus, if you do not want to risk your money, it might mean you may have to accept the fact the affected data cannot be recovered. On the other hand, it is quite possible you have copies of at least some files on removable media devices, cloud storage, social media accounts, or elsewhere, so the damage done might be smaller than you think. Of course, before transferring copies or new data, it would be safer to remove the malware from the computer, and we can help you erase 3301 Ransomware with the deletion instructions available below.

Like many other similar ransomware applications, 3301 Ransomware should not need to install itself as the malware will most likely run from the directory the user downloaded and opened its launcher. However, additionally, the malicious program could place an executable file named iekaewe.exe in the C:\Users\User\AppData\Roaming location. Once it settles in, the threat should locate its targeted files (e.g., pictures, photos, videos, music files, text or other types of documents, etc.) and encipher them one by one. All affected data is supposed to have an additional extension called .3301, so it should not be difficult to separate ruined files from ones that were not affected. Our researchers say the threat should make an exception just to data associated with the computer’s operating system.

According to the cyber criminals, users can recover their files in 168 hours or 7 days if they transfer the sum they are asked to pay. Supposedly, the hackers would send a decryption key and a decryption program in return. At least that is what they promise in the ransom note available if you open DECRYPT_MY_FILES.HTML or have a look at the replaced background image. To ensure the user is aware of the mentioned proposal, 3301 Ransomware might even launch a file called DECRYPT_MY_FILES.vbs; it is a text to speech message. It could be opened by the malware after it enciphers its targeted data or it could be placed in various directories for you to open yourself same as the HTML file. The last malicious program’s added file should be a text document called ID.TXT; it is supposed to contain a unique ID number given to your computer by the infection.

Naturally, there is not knowing if the cyber criminals will keep up to their promises, but because there are cases when users get tricked and end up with no files and lesser savings, we advise against paying the ransom. If you have no wish to fund these hackers either, we recommend erasing the malware with no hesitation. As promised the instructions we added below this paragraph will show you how to eliminate 3301 Ransomware manually. After you complete these steps, we would still recommend scanning the system with a security tool you trust. In case there are more malicious data on the system, the antimalware software could detect it, and you could remove it with a single mouse click. In other words, this would help you clean the system better. Plus, the tool could protect it from future threats as well.

Download Remover for 3301 Ransomware *
*SpyHunter scanner, published on this site, is intended to be used only as a detection tool. To use the removal functionality, you will need to purchase the full version of SpyHunter. 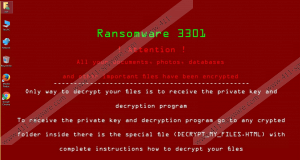 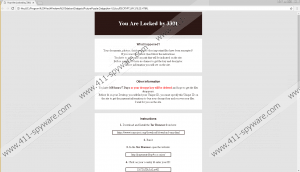 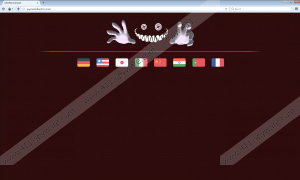