There are so many seemingly useful freeware applications out there that sometimes it is hard to choose the right one. Or the safe one. Take 1Player, for example. Our security researchers say it is a potentially unwanted program. It means that it is recommended that you remove 1Player from your computer for various security reasons, but at the same time the program is not a malicious computer infection. Why? Because you have installed 1Player on your system yourself, haven’t you? In case you do not remember installing this application, it means it has arrived bundled with freeware.

If 1Player has really been installed on your computer with a number of other applications, then you should run a full system scan with the SpyHunter free scanner. There might be more unwanted applications on-board, and you should not hesitate to remove any unwanted program that might cause problems in the future. The same applies to 1Player, too. It is one thing when you download the program from onefloorapp.com/1player.aspx (which is the program’s homepage). But if you do not know how this application got into your PC, then your best option right now would be uninstalling 1Player via the Control Panel.

When we take a look at the program’s homepage, it says that 1Player is “the ultimate tool for all your multimedia needs.” The application is supposed to help you “play video in virtually any format, listen to high definition audio sounds and even improve the quality of your homemade videos.” So technically there is nothing wrong with 1Player, but why do some users complain about it? The answer is third-party content.

1Player is a freeware application, so it needs to cover its development costs somehow, and the program does that by supporting third-party content through advertising. 1Player collects information about you and it may also track some of your web browsing histories. As a result, the player can display ads in your web browser or in its own window when you are watching a video. It is naturally very annoying, but you should also consider the possibility that some of those 1Player ads could be embedded with unreliable content.

Since there is no way to ensure that the ads 1Player displays are perfectly safe, if you think you could do without this media player, it would be for the best to remove it. You can uninstall 1Player via your Control Panel, and after that you should scan your PC once again. If this application arrived bundled with freeware, you are bound to have more unnecessary applications that ought to be removed as well.

How to Uninstall 1Player

Download Remover for 1Player *
*SpyHunter scanner, published on this site, is intended to be used only as a detection tool. To use the removal functionality, you will need to purchase the full version of SpyHunter. 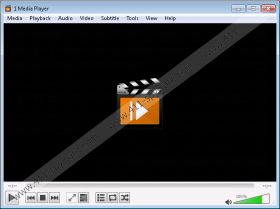 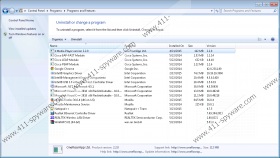 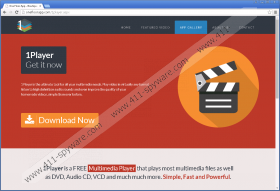